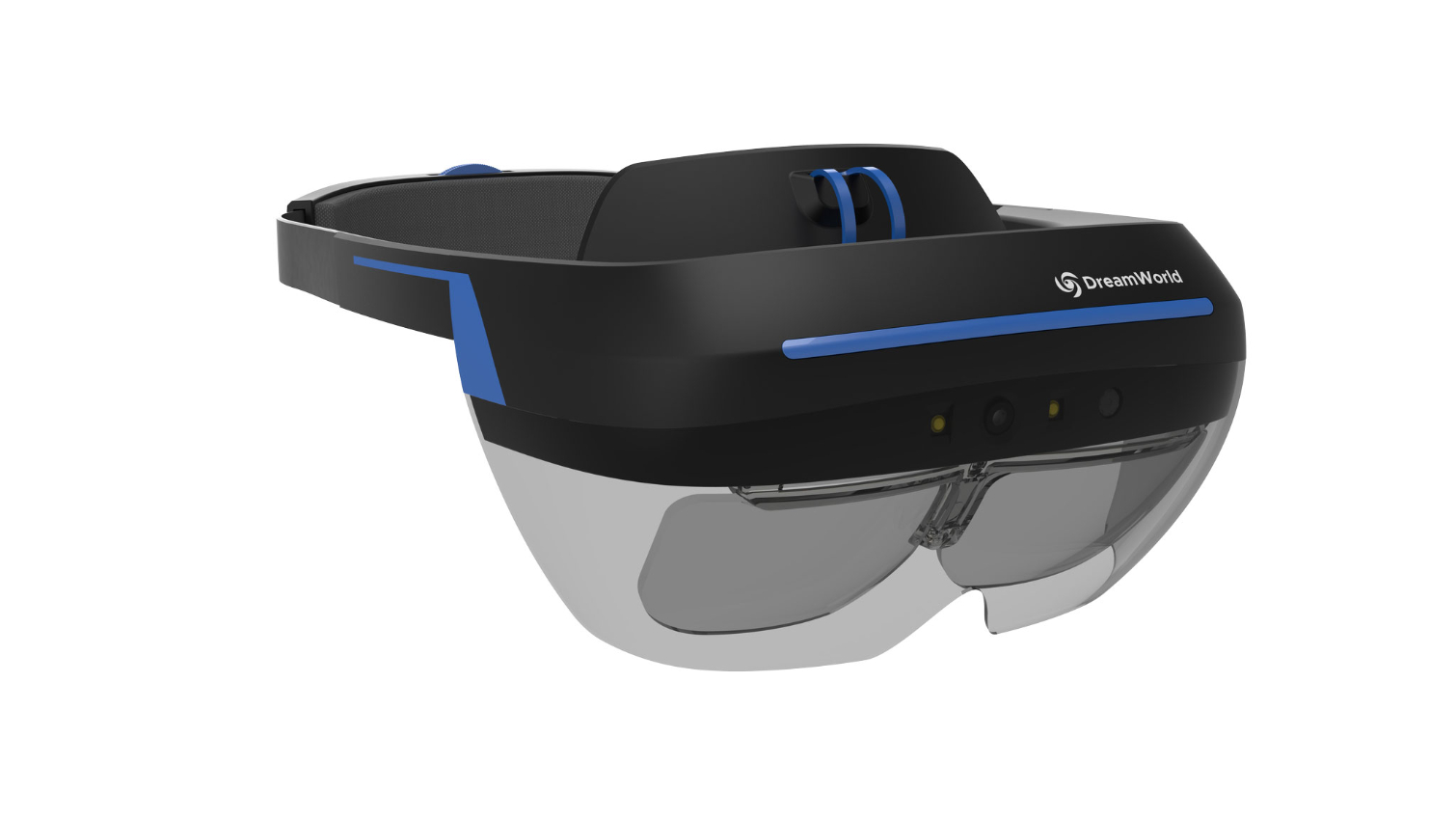 DreamWorld revealed an affordable augmented reality (AR) headset that it thinks will help spur developers to embrace this emerging technology. The company believes that developers need an affordable platform to help them get into AR software development for more than just smartphones.

Today, we have access to AR software through our smartphones, but handheld AR experiences have limited appeal and capability. ARKit and ARCore go a long way to inspire developers to jump into AR development because it ensures that people will be able to use their apps if they desire. However, to realize the true potential of AR technology, you need a headset that you can wear over your eyes that lets you see digital content mixed with the real world. AR headsets exist today, but they are generally unattainable for most people due to their exorbitant price tags.

Many companies make AR smartglasses, such as Vuzix, ODG, and Kopin, but those are generally meant for the enterprise market and have multi-thousand-dollar price tags to match. Microsoft’s HoloLens is also mostly suited for business use, and its $3,500 price reinforces its enterprise focus. Even the Meta 2 AR headset, which is a tethered device that doesn’t include computing hardware, sells for $1,500.

The DreamWorld DreamGlass is an affordable, lightweight, tethered AR headset, which offers a wide (for an AR device) 90-degree field of view and a medium-resolution (1280x800 per eye) display. The displays in the DreamGlass headset operate at 60Hz, which may seem low if you’re familiar with the needs of VR headsets, but AR doesn’t close you off from the real world, so the refresh rate isn’t as important in AR as it is with VR devices.

“There is so much potential in Augmented Reality, but the hardware limitations and steep price points of headsets available today have not made it easy for developers to fully contribute to the ecosystem. Through the DreamGlass, we hope to be the guiding light for all developers- providing them with an accessible top-quality platform to create top quality content. Only then, will they be empowered to bring a more genuine realism to augmented reality. We want to close the gap between reality and the augmented digital world,” DreamWorld founder and CEO Kevin Zhon said in a press release. The DreamGlass headset features inside-out tracking via an infrared camera and a 1080p RGB camera. Out of the box, the headset offers 3-degrees of freedom (3-DoF) tracking, but it will also support 6-DoF marker-based tracking for more advanced experiences. The DreamGlass headset also offers IR-based gesture tracking technology, which the company developed in-house.

DreamWorld is targeting developers with the initial release of the DreamGlass headset, but the company set the price of the device low enough to entice consumers as well. DreamWorld is releasing a developer kit first, but it also plans to release a consumer version in the future along with a software distribution network to give developers a platform to sell their wares.

"Gen 1 is a Developer Kit, mainly for developers. We made a huge effort to make the DK affordable so the developers will have the resources and motivations to build for it because they know their end customers can afford to buy it too. Only in this way, can we get the ball rolling for the whole AR industry. After some solid content is generated by the developers, DreamWorld will release consumer versions to hit the mass market, and also develop our software distribution network (similar to the path Oculus has taken)," Zhong told Tom’s Hardware.

The DreamGlass headset should also have mass appeal, not just because of the price, but because of its compatibility. Most of the time, when you pick a device like a VR or AR headset, the device that you choose is married to a specific platform. If you buy a Meta 2, you need a PC. If you purchase a HoloLens, you have to work within the limits of the onboard computing power. The DreamGlass headset isn’t locked down to a specific platform; it supports PCs and mobile devices. The DreamGlass headset includes a USB/HDMI tether cable like the ones that come with most VR headsets but is also offers an optional USB Type-C connection, which is compatible with Android devices. The kit doesn’t include the USB Type-C cable, but the company offers the cable, which includes an in-line battery pack to power the headset, as an accessory.

The DreamWorld DreamGlass headset is available for $399. The company said that it already has inventory of the devices and it expects to deliver the first batch of orders near the end of the month. For more information, see DreamWorld's website.